To advance the firefighting industry with cutting edge technology and help our brave first responders to better combat the wildfire crisis that is currently ravaging the planet.

Wildfires in the 21st century are burning hotter and faster causing irreversible damage to our global environment. Strong Water is providing a value added solution to an exhausted market that is seeking a better option.

“STRONG WATER™ technology was designed to change the firefighting game because the game needs changing.”

Knowing there is an extreme need for a better solution, STRONG WATER™ founder Jeff Denholm sought to create a product that could fight fires more effectively, while also reducing harm to firefighters and the environment.

The global firefighting industry is in urgent need of innovation to address the pressing reality of the modern day mega-wildfires that are wreaking havoc on the planet. Current retardant technology is outdated, toxic and highly ineffective in the face of this new reality. Our brave first responders deserve cutting edge technology to fight this battle.

Check out our STRONG WATER™ product features and benefits.

“Wildland Fire experts predict that wildfire propensity will increase globally by 10 times in the next three decades...” This is unsustainable.

The Wildfire problems are global. In the past 5 years alone, the statistics are staggering...

More of California has burned in the past 5 years than in the previous 20 combined. 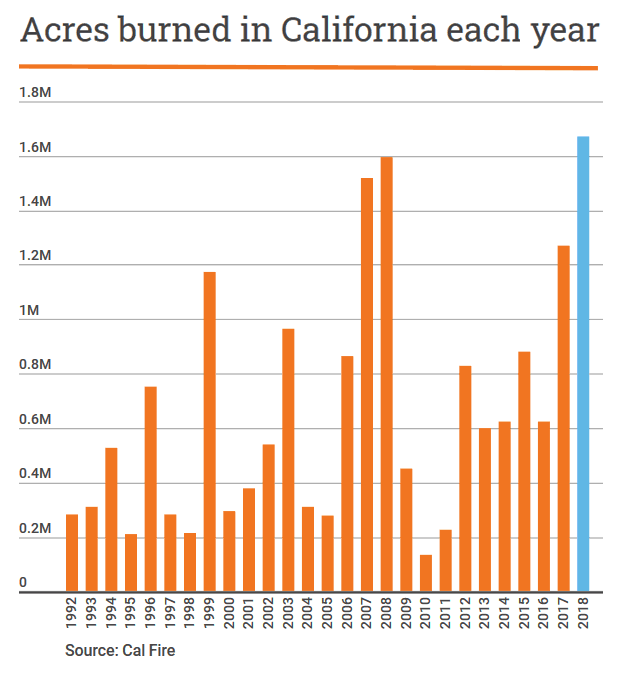 More than two million acres of land have been burned by wildfires in California as of September 2020, according to the state fire agency Cal Fire, surpassing the all-time record of 1.9 million set in 2018,” reports Jasmine Aguilera for Time. And all indications are that the fires will continue for some time yet.

The “Black Summer” fires of 2019-2020 in Australia set historical planetary records in terms of impact to natural resources and environment. 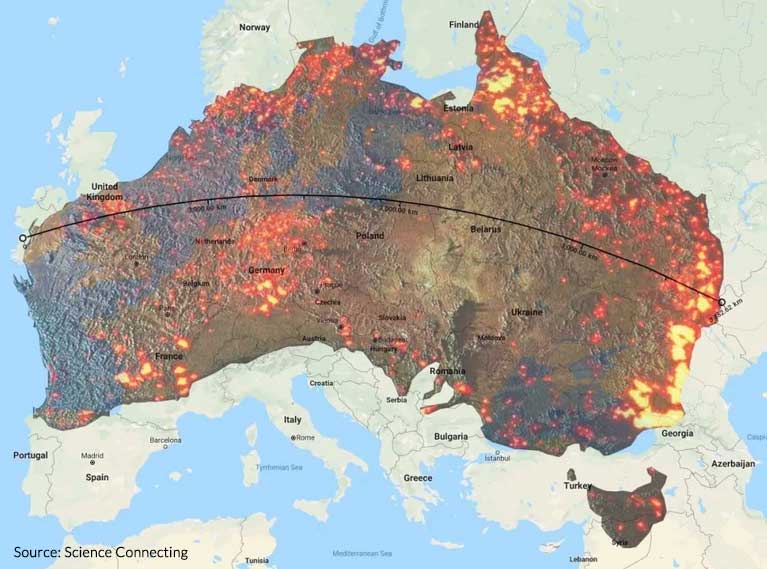 More than 46 million acres (72,000 square miles) of land were burned – roughly the same area as the entire state of Texas. Nearly 3 billion animals — including mammals, reptiles, birds and frogs — were killed or displaced during the bushfire season. In the interim report, 143 million mammals, 2.46 billion reptiles, 180 million birds, and 51 million frogs are believed to have been impacted.

It was the broadest and most prolonged bushfire season in modern Australian history, with scientists attributing the severity of the crisis to the impacts of climate change. This ranks as one of the worst wildlife disasters in modern history.

Fires in South America are the worst since records began in 2002 with the world's largest wetland on fire - a major disaster for all of us.

The increased rates of fire counts in 2019 led to international concern about the fate of the Amazon rainforest, which is the world's largest terrestrial carbon dioxide sink and plays a significant role in mitigating global warming.

The Amazon fires of 2019 produced as much as 140 million metric tons of carbon dioxide, equivalent to the annual emissions from about 30 million cars.

South America's Pantanal region has been hit by the worst wildfires in decades. The blazes have already consumed about 28% of the vast floodplain that stretches across parts of Brazil, Bolivia and Paraguay. They are still not completely under control.

Wetlands like the Pantanal are Earth's most effective carbon sinks -- ecosystems that absorb and store more carbon than they release, keeping it away from the atmosphere. At roughly 200,000 square kilometers, the Pantanal comprises about 3% of the globe's wetlands and plays a key role in the carbon cycle.

Brazil's National Institute of Space Research (INPE) has detected more than 21,200 fires in the Pantanal biome so far this year, a figure that is already 69% higher than the full-year record from 2005, when INPE recorded roughly 12,500 fires. There were 8,106 fires in September alone -- more than four times the historic average for the month.

As CO2 levels go up, the Earth traps more heat and the average temperature rises. The result: disrupted weather patterns that cause increased odds of heat waves; more big wildfires; and a host of other disruptions that are bad for the economy, ecosystems and human health.

Climate change is contributing to longer fire seasons and more dangerous conditions, straining this global arrangement and forcing governments and fire services to take drastic action and rethink how fires are fought.

The close of the warmest decade on record brought with it widespread, devastating wildfires from the Amazon to Indonesia, the Arctic Circle and Australia.

According to California’s agency responsible for fire protection, Cal Fire, the length of the fire season in the Sierra Mountains has increased by about 75 days. Fifteen of the 20 largest fires in California history have occurred since 2000, and research shows the amount of area burned in the state has increased by a factor of five since the 1970s. In some U.S. states, large fires are occurring well past the traditional summer months of July through September, with some of the largest fires occurring in December. Fires often burn later in California following hot, dry summers, fanned by fall’s warm Santa Ana winds.

The resource constraints aren’t likely to ease in the foreseeable future. Low rainfall and record high temperatures that fueled the record fire season in Australia have been on the rise globally.

The main diseases linked to wildfire produced particulate pollution are cardiovascular diseases like heart attacks and strokes, followed by pulmonary disease, and, in kids, pneumonia. 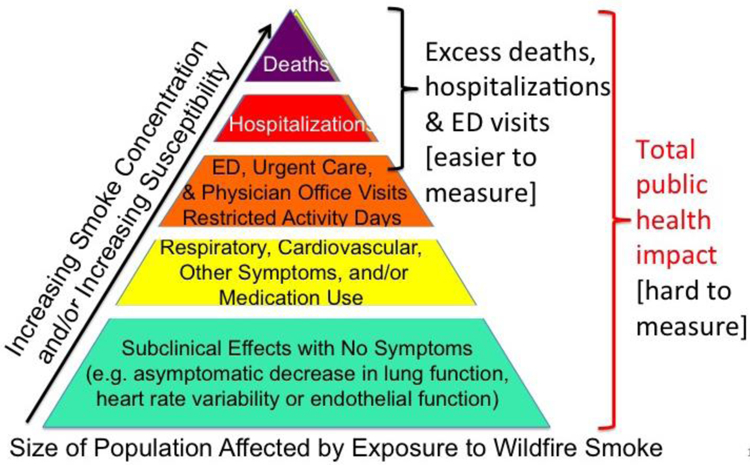 From the Environmental Protection Agency

“The air quality impacts associated with large wildfire events can be widespread, impacting air quality in neighboring regions and states. Evaluating air quality data across the state, we observed a strong relationship between active wildfire and exceedance of regional levels of particulate matter."

When STRONG WATER™ is deployed in a rapid response from Helicopters flying low and slow, applying SWt mixed with water in a highly targeted approach, directly on the fire, KNOCKS WILDFIRE OUT!!!

Fire suppression, delivered direct to a fire front, is more effective than any form of indirect attack.

Learn more about how STRONG WATER™ is making an impact on how wildfires are mitigated.